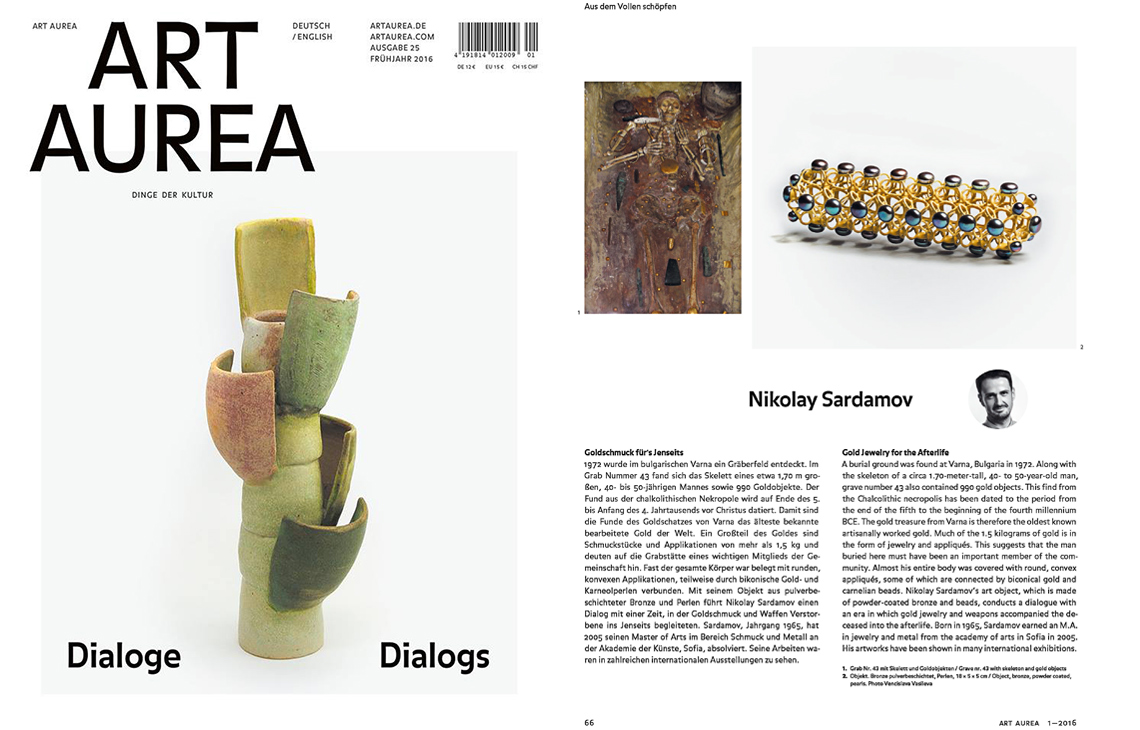 Gold Jewelry for the Afterlife

A burial ground was found at Varna, Bulgaria in 1972. Along with the skeleton of a circa 1.70-meter-tall, 40- to 50-year-old man, grave number 43 also contained 990 gold objects.
This find from the Chalcolithic necropolis has been dated to the period from the end of the fifth to the beginning of the fourth millennium BCE.
The gold treasure from Varna is therefore the oldest known artisanally worked gold. Much of the 1.5 kilograms of gold is in the form of jewelry and appliqués.
This suggests that the man buried here must have been an important member of the community. Almost his entire body was covered with round,
convex appliqués, some of which are connected by biconical gold and carnelian beads.

Nikolay Sardamov’s art object, which is made of powder-coated bronze and beads, conducts a dialogue with an era in which gold jewelry and weapons accompanied the deceased into the afterlife. Born in 1975, Sardamov earned an M.A. in jewelry and metal from the academy of arts in Sofia in 2005. His artworks have been shown in many international exhibitions.